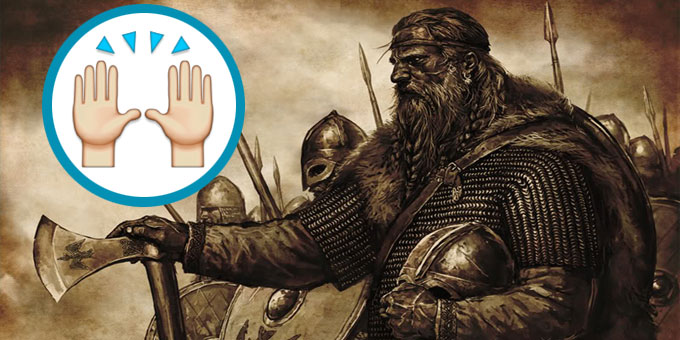 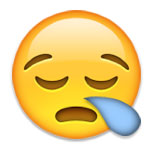 Real meaning and origin: In Japan, this emoji is used as an invitation to play ‘seeko han,’ a popular spitting game. END_OF_DOCUMENT_TOKEN_TO_BE_REPLACED

We all know it’s time to “make America great again.” That’s why I’m such a huge Donald Trump supporter. To show my support (and gratitude) for “the Donald,” I decided to provide some of my expert design services, pro bono. Hillary’s logo campaign went viral and Jeb’s fell flat, so I am going to help Mr. Trump top them both. I have created a variety of campaign logos for Donald Trump’s Presidential campaign below – which do you like best?

END_OF_DOCUMENT_TOKEN_TO_BE_REPLACED

The artist Richard Prince has created a series of portraits that has totally pissed off and confounded the public (for many artists, this would be victory number one). The series of ‘portraits’ are really just printed versions of other peoples’ Instagram photos. Prince’s pieces are priced at $90k. The Instagram comments sections include comments written by Prince – kind of the artist’s postmodern, digital signature on each piece (see bottom of this post for gallery photo).

The show has created controversy and dialogue surrounding two important subjects: ownership and value of artistic content in the digital era. This dialogue is victory number two for Prince’s series.

As if to underline the misunderstanding of Prince’s intentions, one of the original Instagram photographers is selling her original work for $90, as if that’s a bargain. This is to totally miss the point. First of all, she’s not selling a Richard Prince. Prince is a world-famous fine artist who has a 40-year career of appropriating imagery. And that’s the most important point: Prince’s work performs the classic Warholian Pop Art trick of taking a mundane, everyday image (an otherwise value-less Instagram photo) and using context (including but not limited to authorship, gallery setting, and price tag) to elevate the item to fine art status. Therein lies the value. It’s no different than Warhol’s Campbell’s soup cans. Prince could’ve used anyone’s photos, and to sell the original Instagram photo itself is to remove the context and miss the point.

So like we're some fancy NYC art now? I'm just imagining hipsters all drinking wine and having intellectual conversations in front this photo @chavezwho took of @sabbbrre and I last year, stolen straight from my Instagram page. Idk man kinda trippy…

The U.S. Patent and Trademark Office keeps an extensive online database of  its records. And boy, is it weird. Here are some of the most bizarre designs I found while searching the database for your amusement. Each of these logos appears to have been dreamt up in some entrepreneurial fever-nightmare of creative madness. The best part is that someone felt the need to protect a name like ‘Shart Phart’ from theft.

END_OF_DOCUMENT_TOKEN_TO_BE_REPLACED

The Banksy painting ‘The Banality of the Banality of Evil’ was one of the artworks of his October 2013 NYC residency. According to Banksy’s website, this piece is an oil painting of a landscape that was purchased from a thrift store, “vandalized” (Banksy’s word) with Banksy’s painted Nazi seated on a bench, and re-donated to the thrift store. Here are some thoughts on its meaning.

The piece is a ‘collaboration’ between two artists in much the same way that graffiti artists collaborate: the landscape painter’s work of art has been literally painted on by another artist without his knowledge or consent. In graffiti/street art, this style of working with other artists is an inherent element of the medium. It’s a form of shared authorship.

When I first saw this image, I was struck by the contrast of symbolism: seeing a Nazi in a placid American landscape painting is jarring. It’s like seeing Darth Vader in a Norman Rockwell painting.

The phrase ‘the banality of evil’ refers to the idea that ordinary people can commit acts of horror when they are following orders, or following the herd. Naziism is the ultimate symbol of this idea. The Nazi soldier shown here is pictured contemplating a mundane scene. Banksy’s meta title pokes fun at the artwork (and therefore both of the artists responsible for its creation): the scenery and lack of action make for a banal image.

Consider ‘The Banality of the Banality of Evil’ in context: it was made in New York City by an artist whose favorite themes include consumerism and corporate greed. This piece is a satirical riff about man’s ability to blindly follow malevolent orders (be they from a Nazi general or a capitalist criminal). Banksy looks at evil in repose, and has a banal chuckle at its expense.

Just like a good movie, a well-designed logo is capable of communicating on a variety of levels.

In New York City, a simple stroll down the street carries with it a barrage of dozens – even hundreds – of logos. They all seek our attention, remind us of products or experiences, and ultimately, plant seeds of brand meaning in our minds. Logo design can be a deceptive art – it often seeks to give us thoughts we didn’t know we had. Advertisers believe that repetition of a brand identity (a brand’s name, logo, and meaning) can create trust among consumers. In other words, if you simply see enough Pepsi commercials, you might be more likely to reach for a bottle of Pepsi during that split-second decision in the aisle at the store. Your experiences haven’t changed, but your beverage preference has been branded. Just like the hot iron a farmer uses on his cattle, an allegiance has been stamped into your brain. Sound creepy? I agree. Drink water. It’s free (not the bottled kind – Pepsi owns that).

So my question is this: how often are we aware of the impact a logo has had on us – or the brand essence it has instilled? Let’s look at one example.

This is not a banner ad.

I noticed a baseball game on television while I was in the gym (I’d never be watching baseball game under other circumstances). There was a huge Delta Airlines banner emblazoned on the wall right behind the batter.

I spent the next fifteen minutes of my workout critiquing the logo in my head. Yes, it’s true – nerd alert! – graphic designers like me spend much of our days walking around thinking about logos (a professor of mine once said, “There is no office for this job; this job is in your head”).

So I found myself scrutinizing the Delta logo, and I wondered, what does it mean? On first glance, without any fancy design jargon, it’s a triangle that says ‘Delta’ next to it, right? WTF is the purpose of that?

The Delta logo conveys meaning on a variety of levels – both conscious and subconscious.

Let’s start with some definitions. This logo is a combination mark, meaning that it is a logo consisting of text and an image. The image, in this case, is a triangle. More specifically, it’s a triangle that’s bisected (by a stripe of negative space) into two shapes: one, another triangle, the other, a sort of arrowhead shape. These two shapes appear to have a shadow on one side, which makes them appear three-dimensional. When considered as a three-dimensional object, the shape appears as a pyramid instead of a triangle. It can appear two-dimensional or three-dimensional, depending on how you want to look at it. Therefore, the dimensionality of the shape takes on the effect of an optical illusion, which is almost always a welcome effect in a logo.

Delta, the fourth letter in the Greek alphabet, is symbolized by a triangle

When considered on a figurative level, the triangle could represent the simplified shape of wings or a plane itself (if you imagine a plane from birds-eye view, facing vertically).

When considered on a symbolic level, the triangle represents Delta, the fourth letter of the Greek alphabet. I was unaware of that fact until I researched the logo (check out this evolution of the Delta logo).

When considered on a poetic level, the abstract shapes in the triangle suggest ascendancy. All angles point upward, lifting the eye vertically through the simple shape. It is an arrow pointing up. The idea of ascendancy implies flight. It also implies superiority, greatness, the pinnacle.

The typography in ‘D E L T A’ is loosely kerned so that a lot of white space is opened up between the characters. This gives the word an airy feeling, like it’s floating. Flight, ascendancy, and the sky are implied.

Despite all this theorizing on my part, my guess is that if you approached a random dude on the street and asked him what he saw in the Delta logo, he might say: it says ‘Delta’ next to a triangle. And he’d be right. Maybe he’d say “it looks like a pyramid” or “it looks like a plane,” or, if he were ever in a fraternity, “the triangle means Delta.” Most people aren’t design nerds like me and they don’t sit around philosophizing about this stuff – they’re not supposed to. Corporate logos are designed to communicate with everyone; in fact, many of them intend to breach broad cultural and geographic boundaries. But what’s the purpose if no one in the audience knows what they’ve seen?

The purpose is that those ideas of ascendancy and greatness and flight have been implied –  on a subconscious level – in the minds of millions of viewers who haven’t given it a moment’s thought. They don’t have to think about it, and it’s supposed to be that way. Sure, there’s a different impact of meaning from one person to the next – that’s the beauty of art.

We make judgments based on subconscious visual information all the time: you might meet someone who you feel that you can trust simply based on her smile, or you might click away from a website that’s poorly designed without knowing what repelled you.

The Delta logo conveys meaning on a variety of levels, which gives it depth and strength. It prefers implications over proclamations. It is subtle and austere. I’m not saying it’s the best logo in the world – it’s rather dull at first glance – but I do think it’s effective. Its meanings are all subjective and open to interpretation. This is a strength.

Subconscious communication is so effective because it’s inherent in our lives. We’re used to it. We communicate subconscious meaning with body language all day long. Movies manipulate our thoughts and emotions with music, cinematography, and all of the other tools in a filmmaker’s arsenal.

One of the best examples of emotional manipulation in movies is The Exorcist, a.k.a. the scariest film ever made. In his masterpiece, director William Friedkin utilized what is often referred to as ‘subliminal imagery.’ There are terrifying images of demon faces that appear onscreen for a fraction of a second several times during the film. They are only visible for a flash, and the result is that you feel almost as though you’ve seen an apparition, or something that only appeared in your mind. It’s part of the reason why this film continues to disturb and frighten audiences so thoroughly. The film works on conscious levels with its use of makeup, character, and dialogue. But its effects on the subconscious lend it further, deeper resonance: it almost feels as though the film’s evil powers intrude on parts of the mind that lesser films don’t have access to.

Logo designs don’t need to function on more levels than one. A cute logo of a cat is exactly that. But even a logo like that will derive meaning from your associations with the endearing qualities of animals.

Artistic meaning is an elusive critter. This is partly because art is capable of tapping into subconscious areas of the mind that can defy logic and reason. Beneath the surface, we all possess emotional reactions and associations with imagery. The best graphic design will take advantage of that.