Here’s a t-shirt I designed for my friends at the cancer charity organization Step Sisters, for their annual Ribbon Run event. 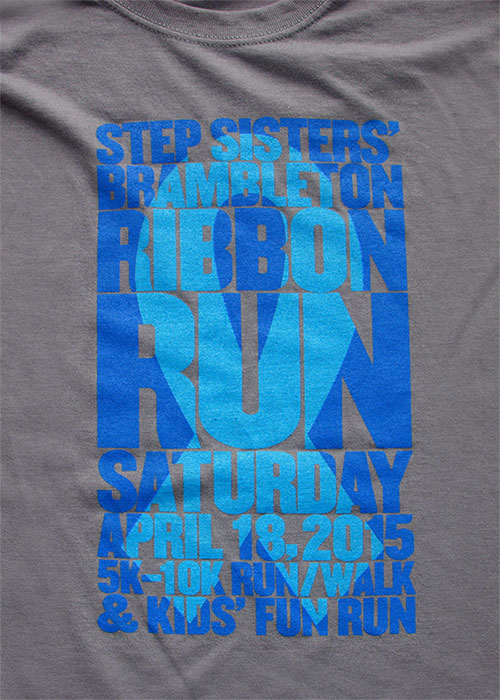 Update: the shirt went to print! Thanks to all who supported this project.

My new t-shirt design, “Punk’s Not Dead,” is available for a limited time at Cotton Bureau! I need to sell at least 12 shirts in order for them to print it. Please support the shirt by buying one today! It’s a limited chance to wear this awesome design – my first since everyone’s favorite, The Party Werewolf. Thank you! 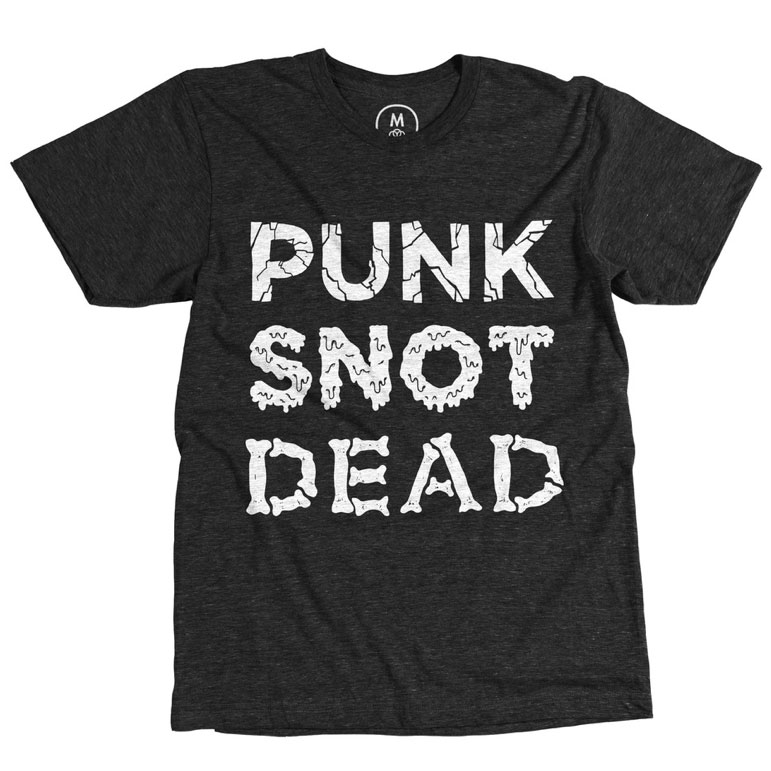 Last week, I received a bundle of Planet Booty loot including this shimmering, outrageous t-shirt I designed for the San Francisco funk purveyors and old friends. Nathan requested a ‘wireframe’ booty design to correspond with the geometry of their handmade disco ball booty. I designed the image and decided that it wouldn’t be complete without an appropriately obscene and over-the-top execution in dazzling metallic silver ink. Oh and yes, that’s a Booty sweatband.

I designed this ‘Booty Vision’ shirt (buy the shirt here) for my friends in Planet Booty, the band and performance spectacle by Germart. Germart is the art empire of the brothers Germick; you may remember Ryan Germick from my interview with him. His brothers Nate and Dylan perform as Planet Booty. The shirt portrays Dylan “spying some intergalactic booty.”

Below is a video the boys made to promote a recent performance. I find the video so amusing and that ambient background music so mesmerizing that I’ve watched it ten times. Listen to the Planet Booty record here.

I built a satirical website to promote the ‘Party Werewolf’ t-shirt (all profits benefit the World Wildlife Fund; read more about why in this blog post). The site is SaveTheWerewolves.com and it is an intentional violation of all that is sacred and holy in web and graphic design. My goal was to have fun, to create something ludicrous, to raise money for charity, to try my hand at ‘guerilla marketing,’ and to lovingly satirize both web design and environmentalism. I was inspired by an intentionally awful and hilarious website called ‘The Official Website of America.’ That site epitomizes all that is considered wrong, bad, and outdated in web design: animated GIFs (as a tiling background image, no less!), a shitty embedded music file, eye-searing graphics, logic-defying layout choices, et cetera. So bad, it’s good.

It’s good to be serious about the standards and practices of good design, but I find that the design community takes itself awfully seriously sometimes. Getting upset about bad fonts seems silly to me (there are websites devoted to complaining about Comic Sans and Copperplate). Why agonize when you can satirize? I think most designers got into this field to have fun while being creative, but it might serve us well if we practiced the ‘fun’ part more often. Granted, that can be easier said than done while you’re trying to make a living during difficult economic times, and that might be why we should remind one another from time to time.

Another source of inspiration for me was William Friedkin’s use of ‘subliminal’ imagery in his films The Exorcist and Cruising. One of the scariest elements in The Exorcist is an image of a demon face that appears for a fraction of a second during several scenes – it’s visible if you are viewing closely, but it will scare the fuck out of you even if you are not entirely sure of what you’ve seen. Brilliant. I have embedded brief flashes of various imagery (including Mr.Friedkin’s demons) in the animated GIFs on SaveTheWerewolves.com and there are many (rotten) ‘Easter eggs’ hidden around the site. You can start finding them by hovering your cursor over almost any text or image on the homepage.

I hope the site makes you laugh and I hope you’ll consider supporting the World Wildlife Fund and Magnetic State! People who own the shirt tell me that it makes a great conversation piece. Thanks!

Here’s a crew of Stephen Kellogg & the Sixers fans wearing the t-shirt I designed for the band’s album The Bear. So cool!

Below are some of the preparatory drawings I did for a series of t-shirt designs I’ve been working on lately. Most of the drawings below are based on photos from my high school yearbook, but there is some famous hair in there, too. Can you spot the celebrity hair? 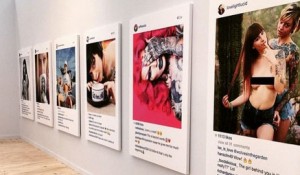